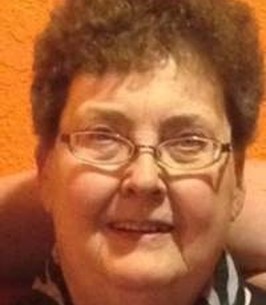 Patricia (Diels) Gietzel age 78 of Oxford, passed away peacefully on February 02, 2022 at Aspirus Hospital in Portage surrounded by her loving family.

Pat was born the daughter of Gilbert and Gertrude Fehrman on October 19th, 1943. She graduated from Oconomowoc High School in 1962. She was united in marriage to Paul Diels in 1963. After Paul’s passing, on January 14th, 1995, she met and married Robert (Bob) Gietzel on June 27th, 1998. Throughout her life she worked at various assisted living facilities caring for those who could no longer care for themselves.

Pat’s favorite pastime was spoiling her many grandchildren. She also enjoyed playing euchre with friends every weekend, hosting parties, and going up north to Woodruff. Her hobbies were bird watching, cooking, and road trips.

She was preceded in death by her parents Gib and Gert Fehrman and her first husband, Paul Diels.

She will be deeply missed by her family and friends.

A celebration of life will be held at a later date.

All rights reserved. This obituary is also archived at obittree.com